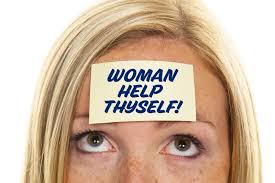 Illusions of Intimacy? Seven Clues You Are Not A Real Couple

The “D” Word
1. If you have to ask the man you think you are dating if you are “a couple,” you are not a couple.

The “F” Word
2. If he introduces you to others as his “friend,”  then you are not dating him.

The “T” Word
3. If he texts you and never calls you, that means he really doesn’t want to talk to you, and you are not a dating couple. (I know everyone texts these days, but at some point during an entire week, he should want to hear your voice.)

The Double O (and not in a good way.)
4. If he never texts you unless YOU text him FIRST, he’s really not interested in you, but is keeping his Options Open. Is this couple behavior? NAH!

Fake Forgetting
5. When it’s always “Dutch” every time you go out, or worse, you pay because he “Forgot my wallet.” Not a real couple.

At The Ready
6. When all of his plans with you are last minute, couple hood red-flag. RUN!.

Clearly, I could go on and on ad infinitum. But I see you nodding your heads so I needn’t. You’ve already listed one hundred or so more.

No Future Fun
7. When you drop him off and there is no mention of when you might hear from him again, you are not dating him and you are free to go out into the world and find an actual date who enjoys future plans as much as you do.

I give you this list as a quick refresher so you don’t waste time and make the same mistakes I have made.  Time and again, I dealt with each and every one of these scenarios, and told myself I was in a “relationship.” Of course, these “relationships” were never legit.  They droned on because I didn’t want to face the fact that he was never going to be MINE. Not even for a night.

Initially, he was, in my mind, the Man of my Dreams.  Because, after all I’d been through, didn’t I DESERVE that?

Even as months went by, and none of the things that would have made him a real “boyfriend” happened, I thought, “Well, I’ve spent a lot of time on this one, I should just keep trying.”  This, from a woman who was Leftat50!  Who put up being treated terribly for years. (Oops, I meant decades.)

Why was I refusing to pull my blinders off? I’d created my own myopic dating challenge by only looking at what was right in front of me, (him) instead of what was all around me (his actual behavior).

Honestly, it was the attention.  I was willing to sit through a totally B.S. “date” just to feel like I’d been out on one!  I’d be dressed up and he’d be coming straight from the gym.  Oh, how I looked past all of it so I could tell myself “I’m on a date!”

I would come home feeling empty.  I was setting myself up for Heartache Number Two!  So I stopped and got real with myself.  I’m so glad I did! I deserve more than that.  This lady will not settle.  She will find someone who respects her as much as she respects herself.

If you are having “illusions of intimacy” with someone, learn from me.  Don’t let yourself down. Lift yourself up from the restaurant chair, as he’s going to be a “few minutes late” again, and walk away. You’ll be glad you did.