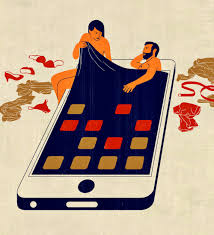 Confrontation Day: When the Hurt Hits the Fan

When a woman knows for a fact her husband is being unfaithful, there comes a day when silence is no longer an option.  A cheating spouse often revels in the behavior he counts on being true: that his wife will never say anything.  She will put up with it in silence.  They count on the fact that women think the day they bring it up is the day the marriage will end.  Hence, her mouth stays shut.  During his two in the morning arrivals from being “out with the guys.” At his unconvincing reason why his phone is off every time he leaves the house. To play “poker” (Poke Her?), or he’s “stuck at the office” (with his pants down?).

Women know.  We always know. How long we stay silent has to do with a number of factors.  Recently, I spoke to a woman with two children who was going to confront her husband that very day.  His walking out forever was her biggest fear.  Or so she thought.  I suggested that she play this “story” of never confronting him all the way through.  When she realized she would have years of silent screams ahead of her, that she’d be making excuses to her two young children about why “Daddy can’t come to your game,” etc., she decided to confront him that very day. Then she quickly found an apartment she loved, took the kids and left him.

Whether or not to confront a cheater is a personal decision that each woman must make for herself.  But speaking the truth to his face may end up being the most empowering thing a woman ever does.  Confrontation: What a concept!

There’s no reason to silently play the housekeeper and the child raiser while supposedly “married.” If you read back through your vows, it will be apparent that the kind of life you are living is not in them.

Because there is no reason to live in the hurt.  It will drag you down and sap both your energy and your self-esteem.  Holy matrimony is not about any of that.  In fact, it’s about the exact opposite.  If those feelings are your day-to-day existence, it’s time you face the fact that you are not married anymore.  There may be a ring on each of your fingers, but that may be the only thing left.  Until the day you notice he is no longer wearing his.  According to him, it “get’s in the way”, “is too tight”, or”got caught on something at the gym.”  (Add your own excuse here)

It may seem there is always the question “to confront? or not to confront?” When your heart is breaking that is not the question.  The reality is, how long can you  put up with this?  A wife’s heart cracks a little when it realizes that after Confrontation Day, she may no longer be a wife.  She may be a divorcee, a single parent and all of the words she’s never had to think about. But if infidelity is happening, the sad truth is, she is no longer a wife at all. All questions have answers that cannot be known until they are posed.  The wife who is watching the clock has two questions confronting her: Where is he and when am I going to say something?

We all go through major life transitions when relationships end. Through this website, I will share my thoughts as I walk the path of “New-Self” discovery. It doesn’t matter which side of 50 you are on. The real question is, Are you ready to live life? To forge a Path of Your Own Making (For a change!)? Then stop dwelling over the What-Might-Have-Beens and join me. Share your thoughts here, comment on mine, and let’s do this together!