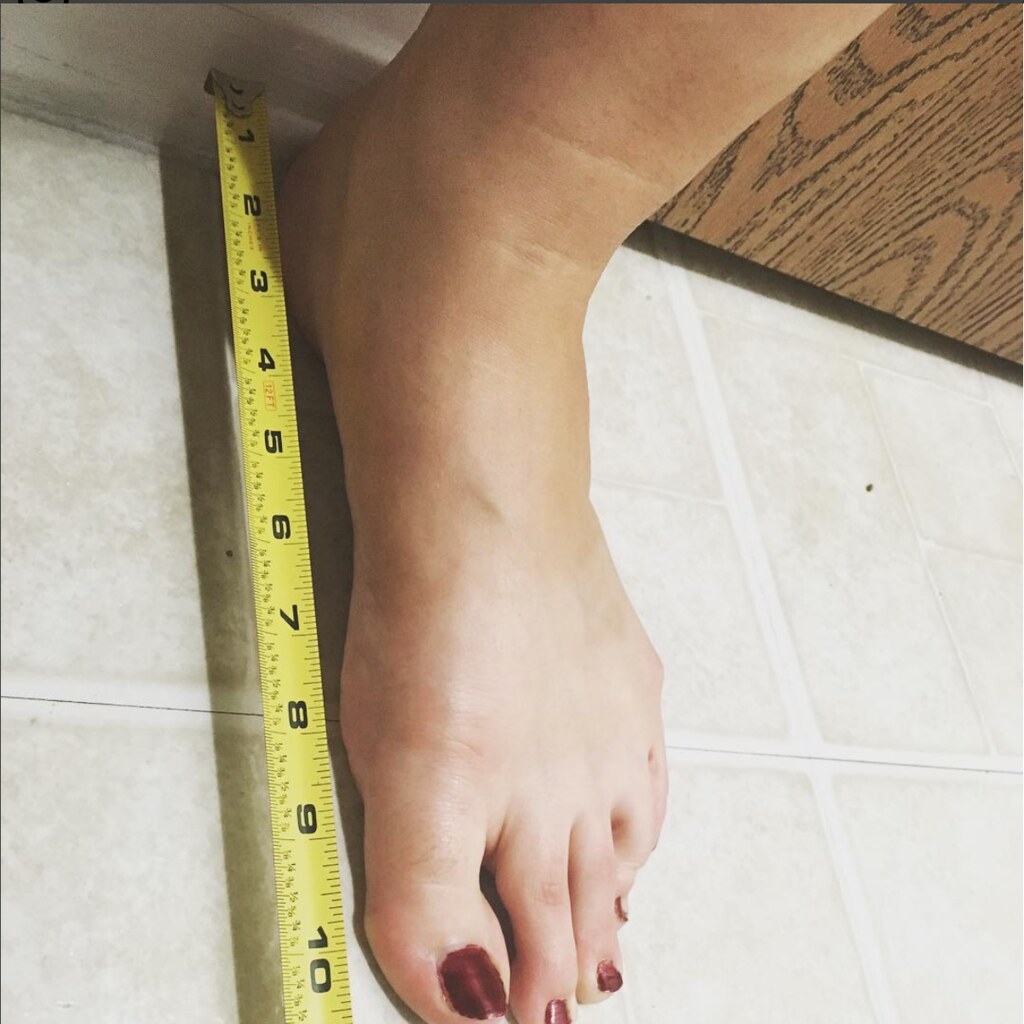 Every decade of my life in adulthood, my feet have grown. I’ve always had larger than normal feet for a five-foot-five and a half-inch person. Even in junior high, I wore I think an eight-and-a-half shoe even though I was incredibly small.  It’s always been a source of embarrassment for me and now as I approach sixty it’s gotten even worse.

I mean it was one thing wearing a size nine or maybe a size nine-and-a-half in high school, that was already a pretty big foot. But then somewhere towards the end of my twenties and heading into my thirties, I had to go from a nine-and-a-half to a ten. I blamed it on the new shoe styles instead of having a growing foot and just proceeded on with my life.

But recently, I’ve noticed my favorite kick-ass boots, my workout shoes, everything that’s size ten or forty-three to forty-four in European sizes are getting a bit snug in the toe. Oh no! Am I moving into ten-and-a-half land?

The problem is also that I have a very narrow heel. Finding a shoe that is ten to ten-and-a-half that isn’t incredibly wide has been almost impossible.

No more shoe sales for me it’s lookin’ like. Good-bye, Designer Shoe Warehouse. I also blame my habit of walking. I don’t mean regular walking. I mean I’ve been a dedicated walker since my thirties. Walking up the hills of Los Angeles, taking in the flowers and the butterflies. I walk forty minutes a day. Throughout my thirties and forties, sometimes longer, if we include long hikes in a forest.

Now I have this dog for the last six years, and he has to go out a lot. Five to six times a day because I don’t have a backyard for him and he needs to exercise to have a long healthy life. God knows how many miles I have trod with my little Polo. Even though I have met some nice dog walkers and neighbors as a result, my poor feet have spread with every step.

There’s no way I can let up with what my dog needs. And now it looks like what I need is a size ten-and-a-half. It’s a different kind of middle-age spread. I’ve never heard anyone else mention it, but I’m telling you. I’m letting you know. Spread the word.

We all go through major life transitions when relationships end. Through this website, I will share my thoughts as I walk the path of “New-Self” discovery. It doesn’t matter which side of 50 you are on. The real question is, Are you ready to live life? To forge a Path of Your Own Making (For a change!)? Then stop dwelling over the What-Might-Have-Beens and join me. Share your thoughts here, comment on mine, and let’s do this together!