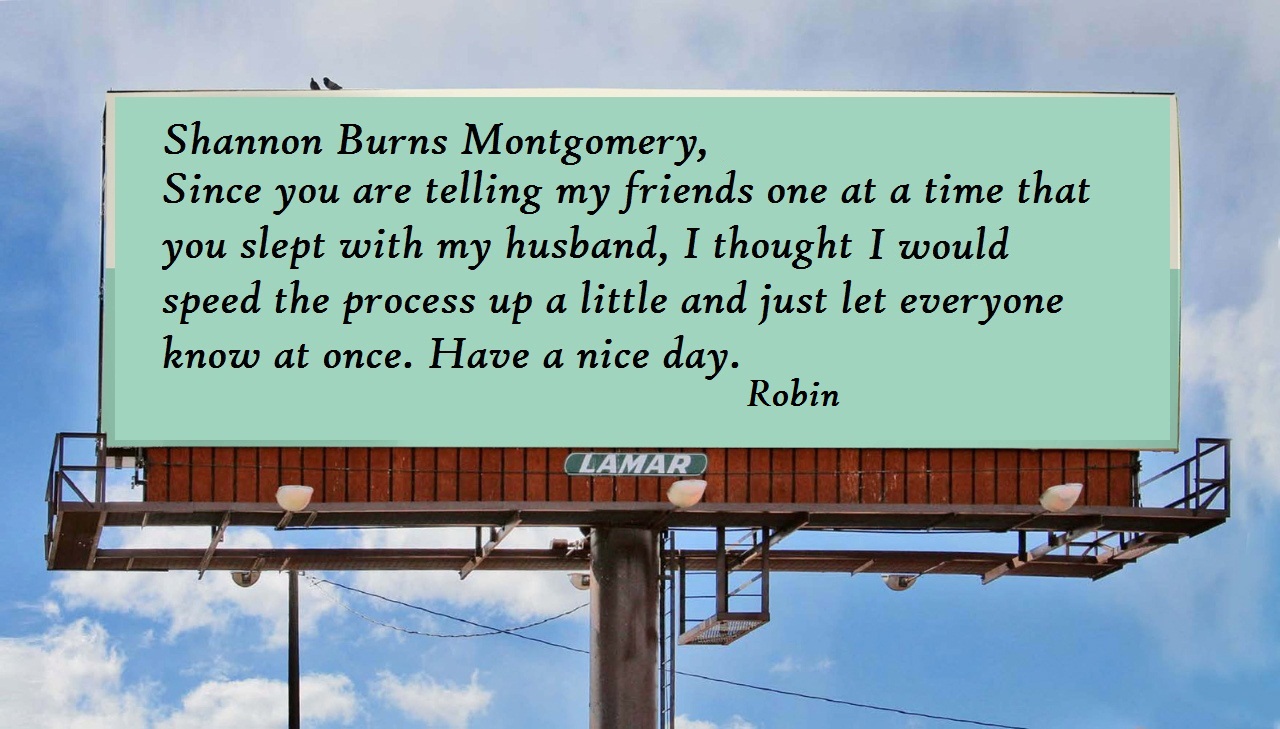 A Sad State: of Affairs

Marriage and Fidelity have become a sad state: of affairs.

It’s a phenomenon that’s been in the news lately because many female celebrities have been openly cheated on: Sharon Osbourne by Ozzy, Jennifer Garner by Ben Affleck (with the ‘nanny” how original) Katy Perry by Orlando Bloom (and you may recall the Russell Brand debacle) and of course Beyonce by Jay-Z.

It amazes me that while my Ex was cheating on me, he had the gall to take “her” to places we used to hang out. Where our friends still hung out. Places where he knew there’d be people who knew me. Knew us. As a couple. For decades. People who would then contact me and report the siting.

I thought that in the “old days” men used to attempt some sort of discretion during their infidelities. Now it seems as though open infidelity is in fashion! Is that possible? Apparently so. No one seems to care about hiding it. And the men don’t seem to care at all that they’ve ruined a trust. A marriage. A family. Women are supposed to “expect” this type of thing and “deal with it.” What that all means is “Just shut-up” about it. “Let it go.”

I don’t understand this free pass that’s allowed all of the sudden. Is fidelity meaningless? Is it something I am to “expect” and put up with?

If so, this is a sad state of affairs indeed. Pun intended.

I’m not sure there’s much any woman can do about any of this. Are we supposed to be on the lookout twenty-four/seven? If we don’t catch them and we find out later do we leave them or live with it? My question is, whatever happened to loyalty? Why is infidelity being given this free pass? I mean these celebrities may suffer a little embarrassment for a few days and then it’s on to the next one.

And there is a never-ending list of next ones.

Of course, there are many couples who are doing just fine. They do honor their commitments. Now and then there’s a story about them. But for those of us Leftat50s, it’s hard not to get down in the dumps. Except for one thing. Ourselves. Our new, shiny, leaving it behind us selves. Because I realize the word “Stray” and the word “Stay” are only separated by one letter, but wow, what a difference in a woman’s life-journey that one letter can make.

I’m not inside any of these relationships. They will figure out for themselves what will happen. I’m just glad mine is in the rear-view mirror. And if any of you are in the middle of this it’s your decision to make. To forgive him or not forgive him for straying.

There’s also a one letter difference between “life” and “lie.” Just saying.